What Wimbledon taught me about succeeding in small business

Did you watch the tennis at Wimbledon in 2015? It is one of my favourite years because two of my favourite players were in the men’s final. You would not think that a tennis tournament could teach you anything about succeeding in a small business but you would be wrong!

I am a self confessed tennis tragic.  I love watching it.  I love the skill, the excitement, the drama and the tactics. I just wish there was more than one Grand Slam tournament in my time zone!

But perhaps you’re more like my brother who will tell you straight out that he’d rather be poked in the eye with a blunt stick than watch tennis. Even so I think he would be hard pressed to deny the lessons tennis has taught me about business.

Running your own business requires a level of match fitness. It can be very challenging and you will need to train, analyze your performance regularly and work out ways to improve your game. Winning in business requires just as much training, consistency, determination, courage and tenacity as it does to win a tennis grand slam.

You may not run a business for your entire professional career but you need to approach it as if you are in it for the long haul. Every business owner can increase their chances of success by approaching their business like an athlete approaches a grand slam. Even if they could just keep in mind these five things they would be well on the way to hear those words “game, set and match” said about them and their business.

When Nick Kyrigos was interviewed before his match against world number 1 Rafael Nadal, this 19 year old who was ranked 144 in the world was asked the inevitable question. Did he think he could beat Raffa?

His answer was a very quiet and considered, yes I do.  He was not brash or arrogant nor did not seem to be telling a tall tale just to pump himself up. He seemed to quite genuinely believe that is was possible for him to beat the number one men’s tennis player in the world.

What would your response be to a similar question about a big or successful player in your niche? Do you have confidence in your product, the service you provide and in your ability?

You see it’s easy to put yourself down, to not believe that you are good enough to be wildly successful but what if you are? Is your world or market niche large enough to sustain more than one wildly successful person in it at the same time? Do you allow the confidence you have in your business to put you on the same stage as the big players. Do you act as if you belong in the same arena with them?

How would you have handled yourself if you were Stanislas Wawrinka and had Roger Federer playing tennis with you for your country? Would you throw your hands up in despair? Would you decide that, as you were never likely to win, what is the point in trying?

Or would you let the superb performance of Roger drive you on to even greater heights? Would you take advantage of your proximity to him and soak in as much as possible? Would you study his technique and see how you can improve your own?

It would have been so easy for Wawrinka to throw in the towel. But he didn’t. He kept on pushing and pushing. You see the tenacity that drives him in every match he takes part in. It doesn’t matter what the score is throughout the match – even on match point he is still chasing down every single ball and making the most of every opportunity given to him.

And where has that tenacity got him? Is he “better” than Roger?

Well no is the answer to that however he has:

Here is Stan holding up the trophy for the 2014 ATP World Tour Masters 1000 Tournament in Monte Carlo in what is his second ever victory over Roger Federer in their 16 professional meetings so far over their careers. (Photo courtesy of ATP)
That’s not such a bad way to not be the best! Imagine if he had given up? Stan exemplifies the spirit of a quote from the Irish writer Samuel Beckett that he has tattooed on his left forearm.

Let your own mistakes drive you to greater heights, not out of the game

I would be so bold as to say that longevity in business is directly proportional to your ability to hold your nerve in the face of your own poor performance.

Sometimes you will play poorly in business and sometimes your opposition will outplay you.  Whichever way it is you need to find away to dust yourself off, grit your teeth and make your next serve an ace.

There will be times when despite your best efforts you will not be able to execute the plans you have. You will not have the skill, or luck, or timing to make the shot you need to. Sometimes you will perform badly. Despite all your training and experience you will have moments when you just don’t execute things well.

In my humble opinion these are the most critical times in your business. Reflection is good but too much introspection can lead to a dark path. Sometimes you just need to shake it off, acknowledge that you didn’t do enough to win and get on with the next game.

Time and time again I have seen players who have not been able to come back from a losing a critical game and have gone on to lose the set and the match. For some reason that particular game has been a watershed moment for them and the loss of that game has been something they just couldn’t recover from. You can see the dejection on their faces; you can see the sag in their shoulders as they lose confidence. And you know in that moment that the match is over.

Yet there are other times when a player has lost their service game entirely through double faults and yet gone on to break back in the next game. You see their frustration, their anger with themselves for their inability to do something so basic as to serve. It’s written all over their faces and yet at the same time you see that change into absolute determination. You see their shoulders straighten and it’s almost as if they are wiping that last game from their memory and starting over again.

How do you handle things when you own poor performance trips you up?

Learn how to move on in the face of injustice

We have all seen those players who have chucked a wobbly when things have not gone their way. A bad decision by a line judge or umpire causes them to melt down right there on the court. Probably the most famous tennis player for this has been John McEnroe but check out these other examples in the Huffington Post if you want to have a laugh.

In fact sometimes the only thing that is under your control is how you respond to these situations. What happens when having done all that you can do to rectify a situation all you are left with is a gross injustice.

Gather around you the best team you can

Not all the players on the professional circuit can afford to travel with an entourage of coaches, physios and dieticians. But even when they are starting out the savvy ones get as many people around them as they are able to in whatever way they can.

For some that will mean travelling with family. Others take advantage of assistance from their countries through coaching services or participating in Davis Cup competitions and the like. Some lucky ones are able to convince past greats to mentor them.

Who do you have on your business team? Who is there to support you through the ups and downs of running your own business. Here are a few suggestions of who you could ask for assistance even before you can afford to pay them.

I’d love to hear which of these resonates most with you so do leave me a comment below.

What is the single most important attribute of successful entrepreneurs?

What recording my second CD taught me about my business 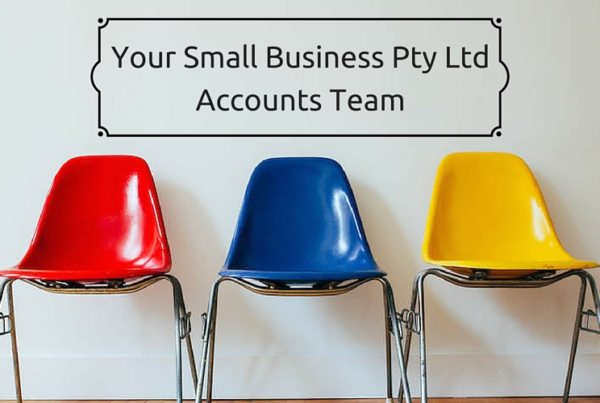 Who sits in these three chairs in your business?